‘Orphan house back home and asylum for displaced shed ‘ 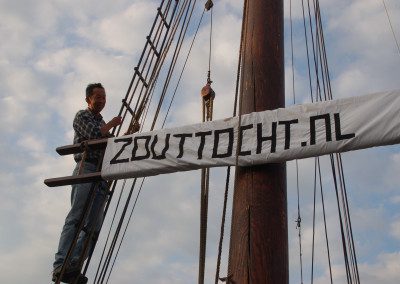 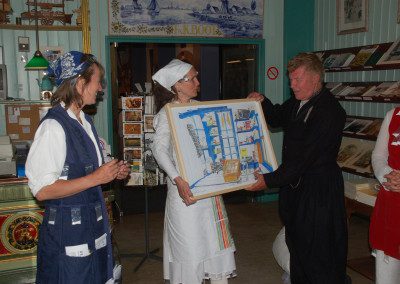 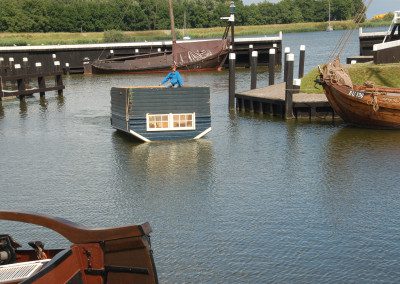 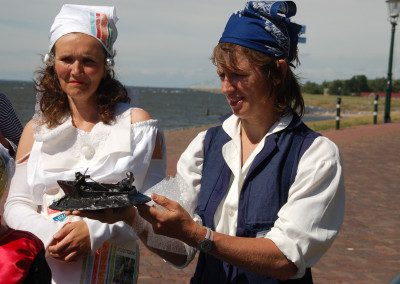 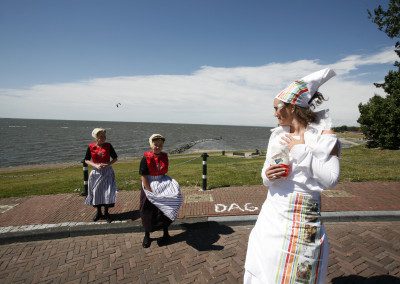 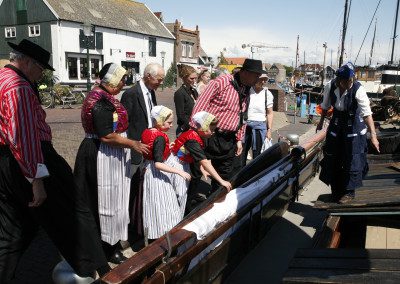 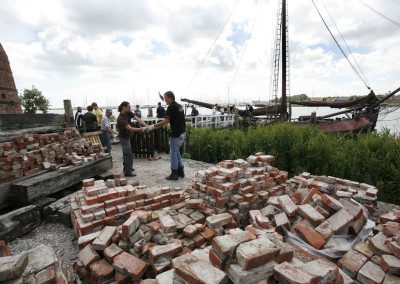 I wanted to bring back an orphaned house from Zoutkamp, which the residents had been looking for at the museum and had lain neglected for years in the outdoor museum depot. I used an historic cargo sailing ship. During the two week trip we also visited other former fishing villages. They also received some of their cultural heritage back, but in the form of a drawing of the houses and buildings that they had once given to the Zuiderzee Museum. These were ritual meetings with exchanges of gifts. In Zoutkamp they were pleased that they could rebuild their history thanks to this initiative.

There was now room in the museum. I could give a new home to the shed which was part of my project Moving Immovable, the shed which lost its home in Abcoude due to the construction of the HSL high-speed line. The artist Lambert Kamps converted the shed into a boat, and it arrived at the Zuiderzee Museum on 4 June. It received asylum.