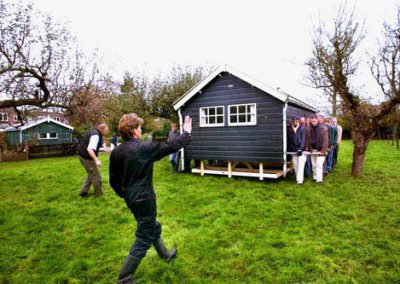 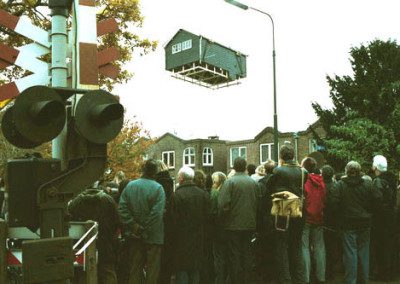 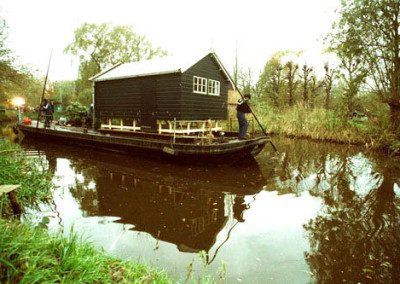 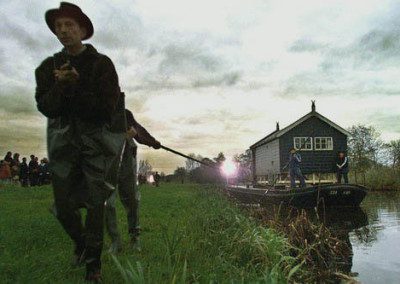 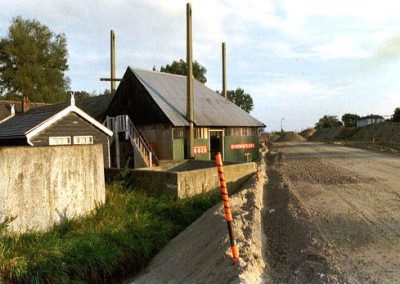 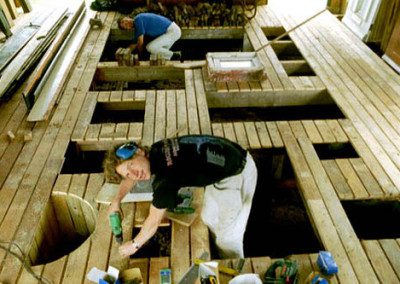 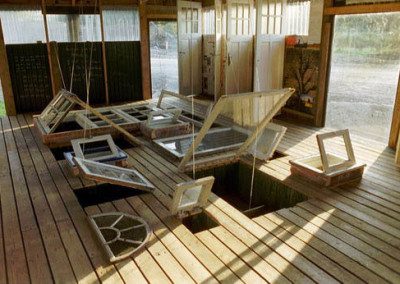 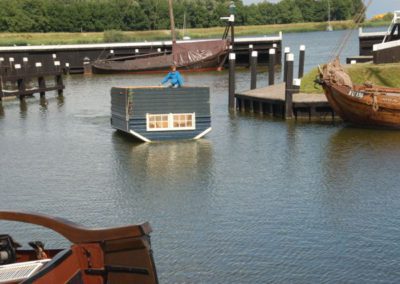 ← SURPLUS DUST THE FAMILY HELLENDOORN IN THE WARD →

Moving Immovable Abcoude 2001 – 2002  Moving Immovable dealt with major changes in a neighborhood in Abcoude, which lies near the train tracks which were to be expanded to make room for a high speed rail line (HSL). Moving Immovable places itself on the weak side against business and economic decisions.

The railroad pavilion, 2002 – The shed stood for several years beside the tracks on a farm, waiting for its return in the form of a signal house. Pro Rail had purchased the farm because the farmer lost his land to the track expansion. We rebuilt the hay barn on the property into a Railroad Pavilion with our own hands for an interim project presentation. We used the leftover materials from the razed homes to illustrate the history of the neighborhood and the project. Unfortunately, the idea to bring the shed back as a signal house could not be fulfilled. The shed became a part of the project Salt Tour 2008, upside down as a boat, and found a home at the Zuiderzee Museum in Enkhuizen, s. Salt Tour project.