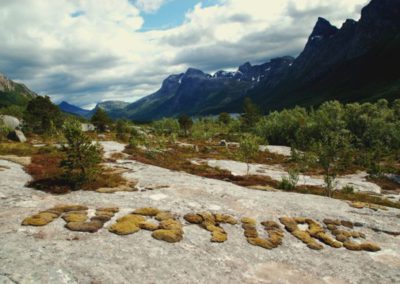 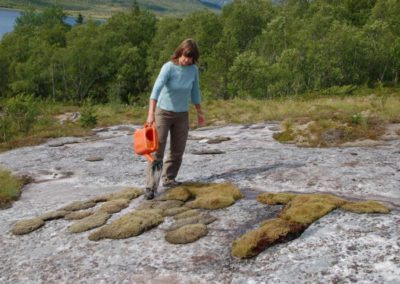 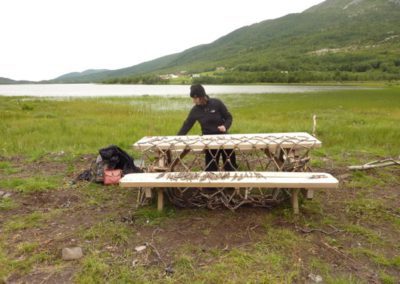 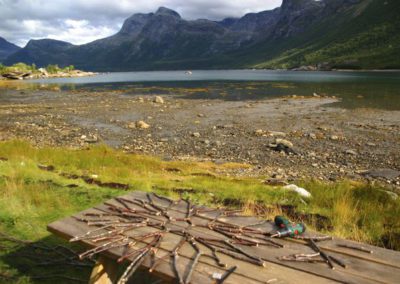 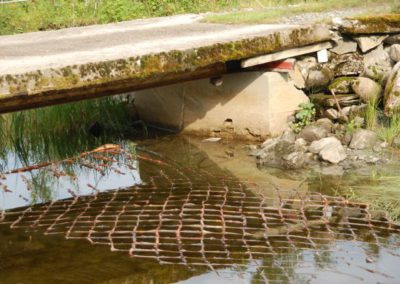 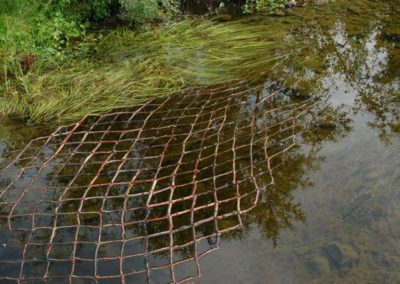 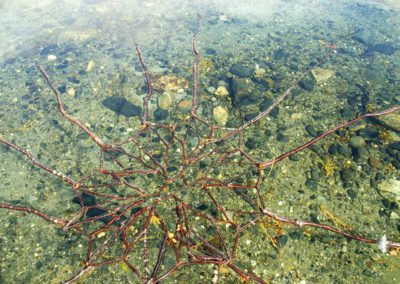 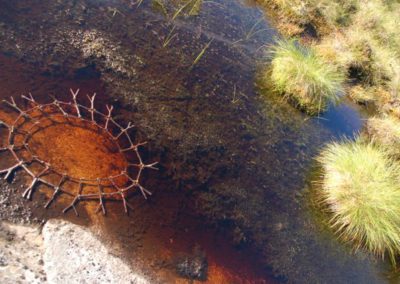 ← SALT TOUR THE COURSE OF THINGS →

Art in Nature is a biannual art manifest in Northern Norway. It is held in the Nevelsfjord, near the town of Kjerringøy which is located near Bodø and the Lofoten islands. An international group of artists spends a week in the countryside and creates site-specific works using only natural materials which can be found there.

2009: text, ‘How to get angry with nature in order to create art’ using moss found on the rocks. Because moss dries out quickly, I had to water it for a whole week so that it would reattach itself to the rocks. It is still intact (2016) and more or less readable.

2011: I made a fishnet of wooden branches and let them float and drift with the current in a small creek in honor of the tradition of handicrafts among women, and the fishing industry among men.

2013: drawings made of branches and placed at specific locations. The fyord with its ebb and flow was a beautiful location, but also the small ponds between the rocks provided a poetic image.