THE TRADITION OF A HOUSE

‘Journey back to the first traces of a foundation’ 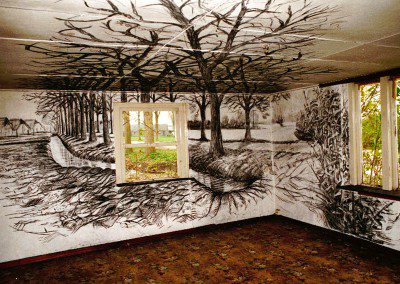 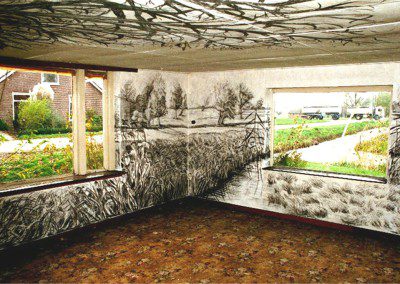 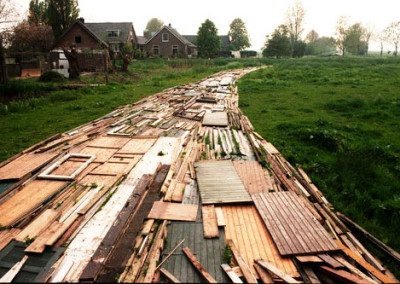 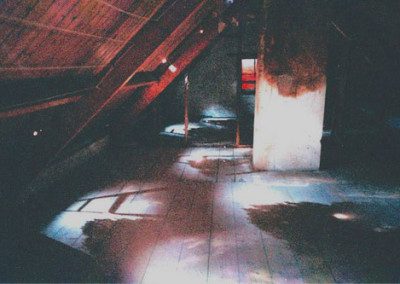 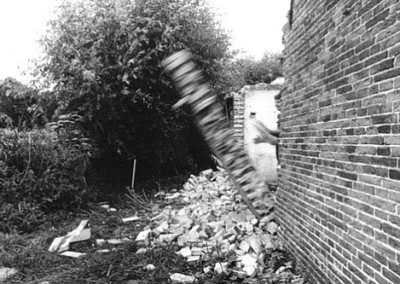 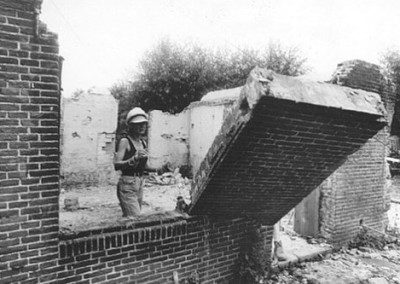 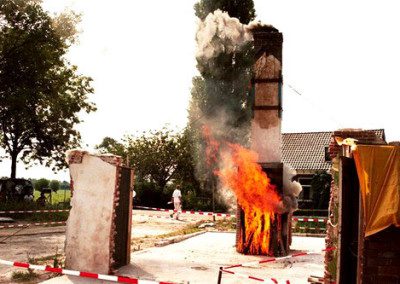 On the way to my studio in Vinkeveen, I came upon any empty house. I was fascinated by its simplicity and heard that it was going to be demolished. The owner gave me permission to do whatever I wanted to. This experimental search would become the basis of my future work.

The laboratory, 1996 – During the first year I experimented in all sorts of ways. I drew what I saw outside as a panorama on the walls. It seemed like the walls were transparent and the house could dissolve just like that. I pulled the outside world into the attic by drilling a couple of holes. A Camera Obscura was created, projecting images of tree tops, the clouds and a ladder on the attic floor. The dismantling of the shed provided a large amount of scrap wood with which I built a perspective like river of material. During this work I came up with the idea of demolishing the house.

The anatomical lesson as a return trip, 1997 – I involved a group of artists during the dismantling. We made a trip back to the first traces of a plan. The chimney was the last thing standing and was cremated. In fact, this was the first ritual, which I ever carried out.