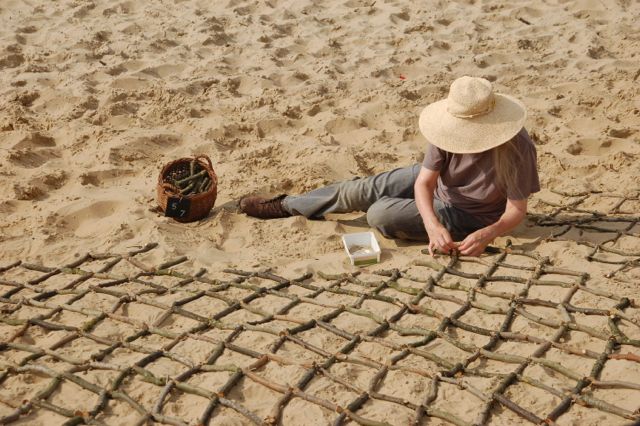 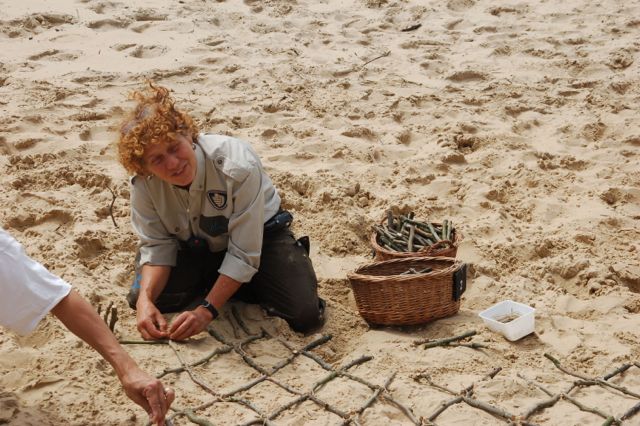 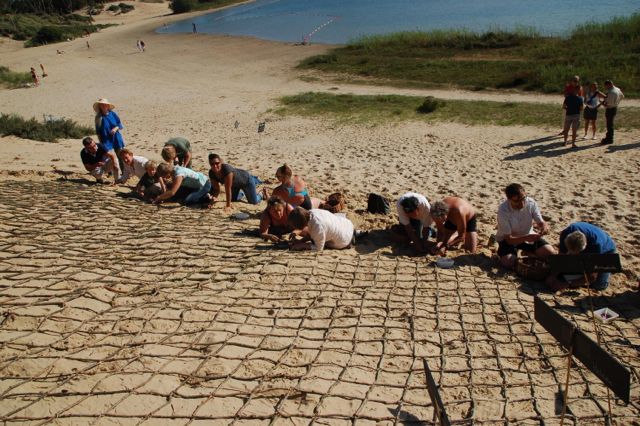 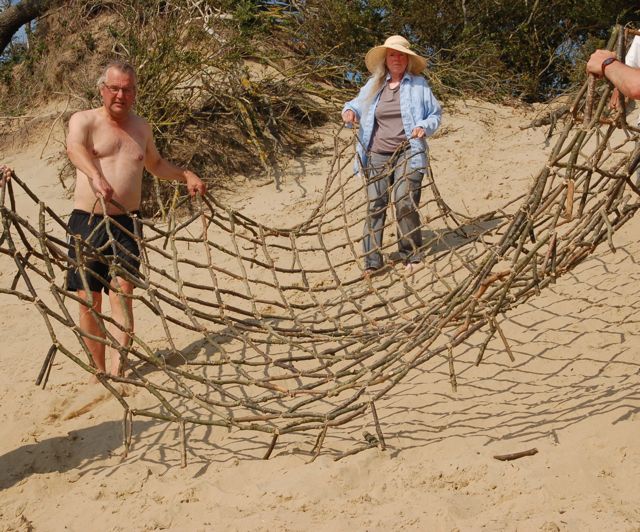 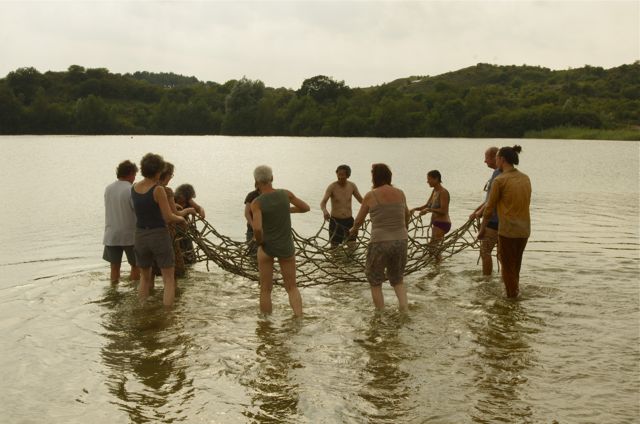 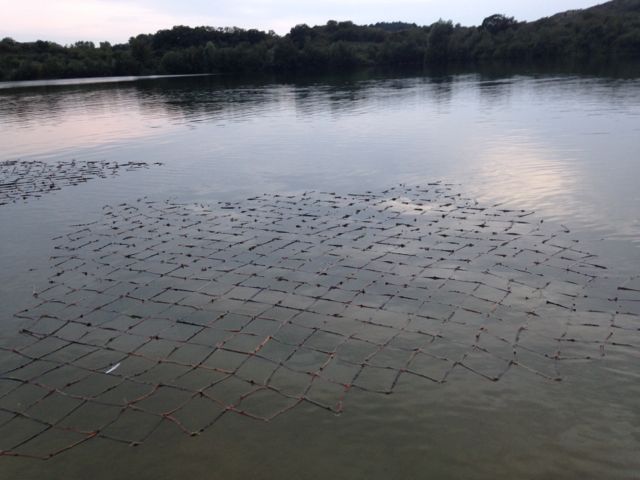 The Astonished Dune (Dutch: Verwonderd Duin) is an art trail in the dunes. I was inspired by the dunes and a painting by Vincent van Gogh ‘Women Repairing Nets in the Dunes’ (Dutch: Nettenboetsters in de duinen). I knitted a fisherman’s net with wood branches with visitors on a dune next to the lake called the Wed. It was a work which I had made earlier in Norway. It turned out to be a meditative activity.

Language note: The word “boeten” in Dutch has both an historical meaning of repairing a net, and the meaning of atoning for one’s sins.