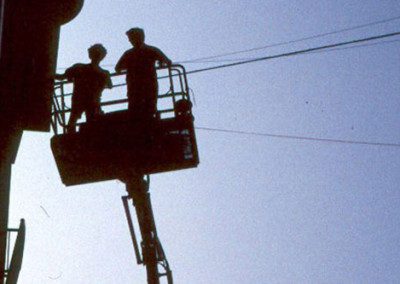 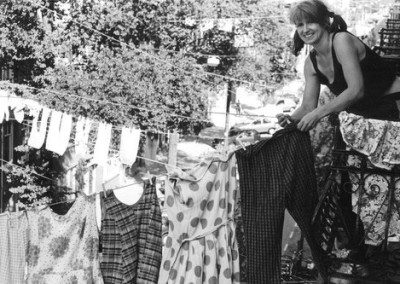 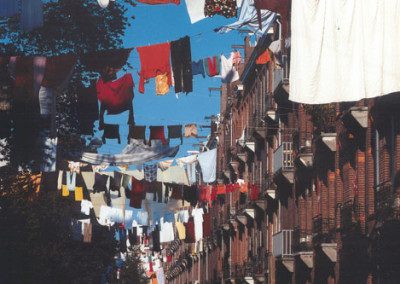 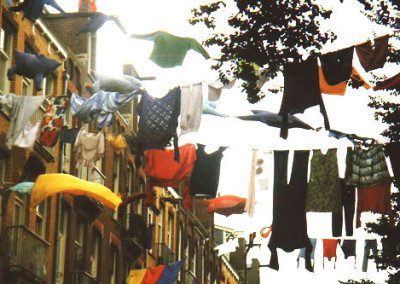 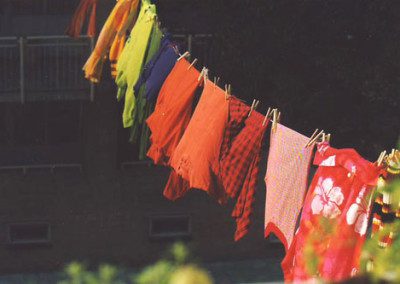 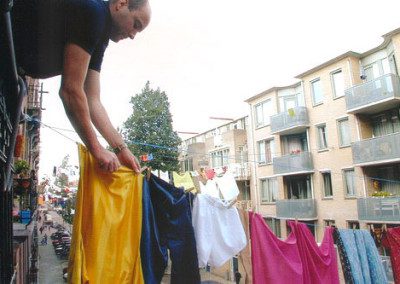 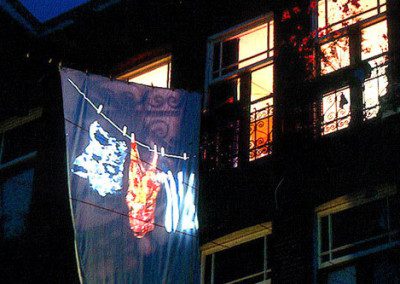 In september 1999 the long Amsterdamse Vrolikstraat was hung full of laundry. I completed my project “Wasgoed is goed” together with residents in my own street. The complete work of art expressed the fact that everything was going well again with Vrolikstraat.

The clean laundry – Three kilometers of laundry hung over the street the way you see that in Southern countries. In the evening slides were projected on sheets. This public way of showing their colors connected people with different backgrounds. By hanging out “clean laundry” the participants let people see that the street could exist again after all of the negative publicity. The street was renovated and made more enjoyable. There are condominiums for families, gardens and playgrounds.

Laundry is a personal and human sign of life between all of the bricks and stones of the city. The 175 laundry lines hanging from one house to another made a literal connection between people of different background. By breaking the rules – officially, it is not permitted to hang laundry in public spaces or along the facade – I wanted to make clear that the neighborhood, which was becoming increasingly controlled by rules and regulations, could be made to look more cheerful and lively given a little more freedom.

Impact – “Laundry is good” had a large impact. Residents invited their families and friends to come and admire their pleasant street. The laundry made Vrolikstraat a lively boulevard for six weeks, and polished up the the street, giving it a positive image in the news. The minister for major city planning, Roger van Boxtel, opened the street.