Knitting Woman was developed for Allerzielen Alom as an ode to the mother figure. A visitor can knit a row under the watchful eyes of elderly women on a screen. Stories about handicrafts, about grandmothers and mothers come up by themselves. It is an invitation to ‘pick up the thread of the story’. Handicrafts are universal and bring people closer. Performed Allerzielen Alom since 2009, Day of Culture Education in Brussels 2014. Suitable for memorials, story telling, meetings. Concept and design April Bergvik (film) and Ida van der Lee 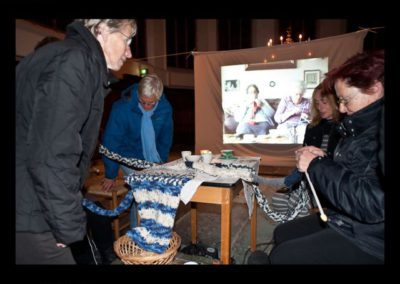 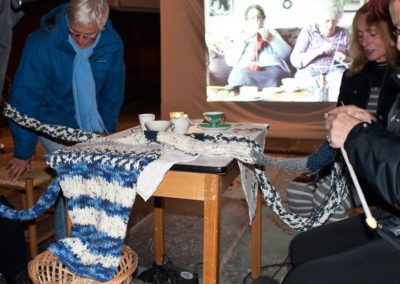